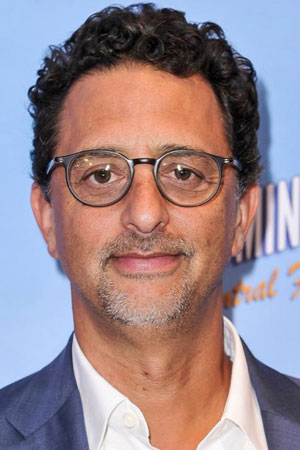 ACADEMY AWARD-WINNER AND FOUR-TIME OSCAR® NOMINEE, GRANT HESLOV has been recognized for his work as a producer, writer, director and actor. He is especially known for his award-winning producing and writing collaborations with GEORGE CLOONEY, with whom he founded Smokehouse Pictures in 2006.

Heslov received his latest Academy Award nod and a Best Picture win for producing the historical drama and thriller ARGO. He also earned a Golden Globe, BAFTA Award and Producers Guild of America (PGA) Award, among many others.

Heslov previously earned an Oscar® nomination for Best Adapted Screenplay for the 2011 political drama “The Ides of March,” which he co-wrote with Clooney. In addition, Heslov received Golden Globe and BAFTA Award nominations for the screenplay, as well as a PGA Award nomination as one of the film’s producers.

Heslov also earned dual Oscar® nominations, for Best Picture and Best Original Screenplay for “Good Night, and Good Luck” which he co-wrote with Clooney. For his work on the film, Heslov also won the Writers Guild of America, Paul Selvin Award and the PGA’s Stanley Kramer Award. Among the film’s numerous honors, Heslov also garnered two BAFTA Award nominations, for both Picture and Original Screenplay; a Golden Globe nomination for Best Screenplay; an Independent Spirit Award nomination for Best Feature; and a Screen Actors Guild Award® nomination as part of the ensemble cast.

In 2009, Heslov made his feature film directorial debut with “The Men Who Stare at Goats,” starring Clooney, Ewan McGregor, Jeff Bridges and Kevin Spacey.

Heslov also co-wrote and produced “The Monuments Men.” Other producing credits include the Clooney directed “Leatherheads” and Anton Corbijn’s thriller “The American.”

GUEST SPEAKERS: Guest Speaker’s attendance is confirmed, schedule permitting. In the event our guest speaker is unable to attend, we reserve the right to provide a substitute speaker or initiate a different format (which might not include a substitute speaker) for that day/event. In any such situation, since our venue will still require full payment, our no refund and no roll-over policy for all reservations shall apply.

GRANT has agreed to do a private meeting (most likely via Zoom) with a lucky attendee.